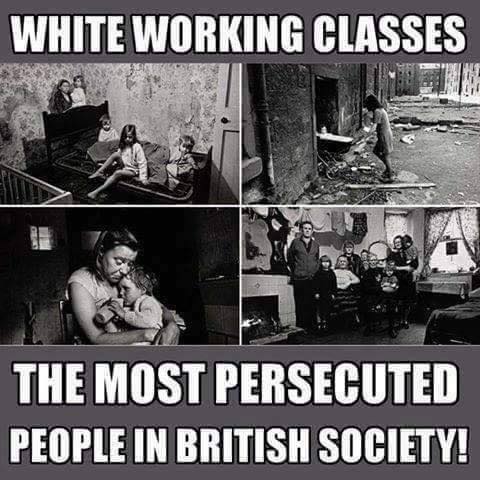 Posted by IBFBCSA at 9:24 am No comments:

women arrested for speech against Islam

You must all watch this video the POLICE have become a tool of the Establishment PC does not mean Police Constable any more. Interesting Yesterday an article appeared where Landlords in PM Mays constituency want to ban her because Police are underfunded NO it not under funding it is inappropriate use of funds. Interesting she was charged with hate speech against Islam yet Muslims can continually demonstrate without impunity and in June the terrorist organisation Hezbollah were allowed to parade in London with their Flag with the consent of Muslim London mayor. 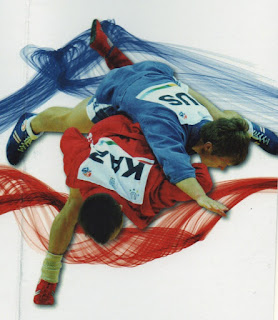 This event gets bigger every year this year we had 90 countries and a 1000 entries. What is also very exciting is that the Standard is ever increasing and here is no such thing as an easy draw, of course the old Eastern Block countries still dominate but the gap between them and the rest is getting closer


The event was staged at the Ice Palace Sochi Olympic Village, this venue was massive and on several occasions I got lost in the corridors. I was told in 2010 this area was a Forest and in 4 years they built the whole Village ready for the Winter Olympics in 2014, I am also told it is to be the venue of the Football World Cup. Sochi Olympic Village is like a mini Disney Land right by the Black Sea. 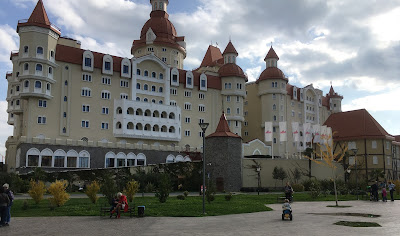 As President of the British Sombo/Sambo Federation I was a VIP and had an excellent Hotel called the Bogatyr, the competitors Coaches did not have the same quality of accommodation and Food. They stopped at the Athlete quarters, which was similar to a Tenement Block. The Theme of the Bogatyr Hotel was one of a mystical European Castle with English heritage playing a major influence, Knights in Armour etc. 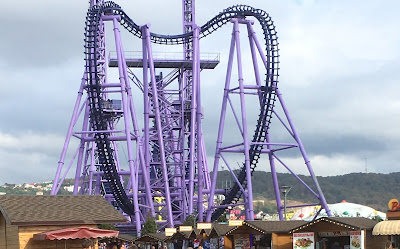 The Journey out was certainly not enjoyable with us having to change at Moscow with just a 2 hour gap because of heightened security we literally had to run to catch our connecting flight, even at the Hotel we had to go through scanners and had our baggage checked. At the time it was very annoying but on hindsight it did make you feel safe.


The event always start with the FIAS Congress where the Presidents of all the Countries meet , have to say because of various election the Congress last 4 ½ hours. It was pleasing that Vasily Shestakov was voted back in as FIAS President under his direction FIAS has expanded and he has helped the BSF out on several occasions.
The following 3 days are competitions, which as expected were very, exciting but is was day 3 we were looking forward to when our only player Ryan Cottom fought u82k Sport Sambo. Another interesting point was told that everything was falling apart in Libya and Syria but they still manage to send teams? 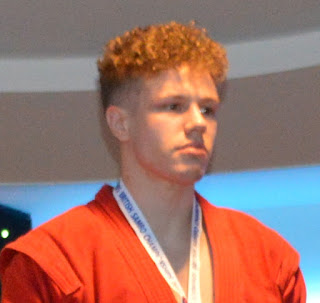 For many years we have not won a match at this competition but Ryan who is coached by John Clarke at the Warriors Grappling Academy Sittingbourne has trained hard this year. His first match was a against a strong Moroccan, the Moroccans have had Russian Coaches for some time and you could see this in their fighting ability, he won this with a few points to spare. 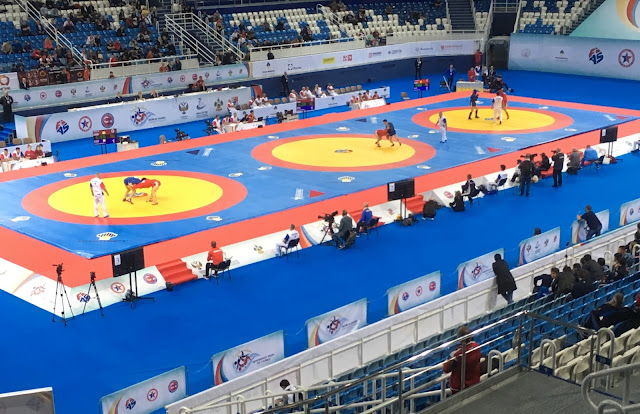 His next Match was against the Japanese Samboist, this was a strange match as we were expecting a Judo stylist but no the player wanted to just shoot at the legs at one point he tried a Scissor throw which nearly broke Ryan’s leg. He was certainly an unorthodox fighter and Ryan beat him with some flair but only after damaging his ankle. He was carried to the Medical Area by Robin Hyslop where they told him to withdrew but in true English spirit he said No, they then gave him painkillers and injection (do not ask what) and back on the Mat to fight the Russian. If he had been 100% he would still have struggled to get by this fighter and he lost 8 nil. His next fight was against a Libyan; he started well picking his opponent up shoulder high and throwing him to his side he got a 2 for this but many of us thought it was worth a 4 but then disaster he tried to spin in with his favourite throw only to have ankle collapse he fell to the floor and was arm locked. 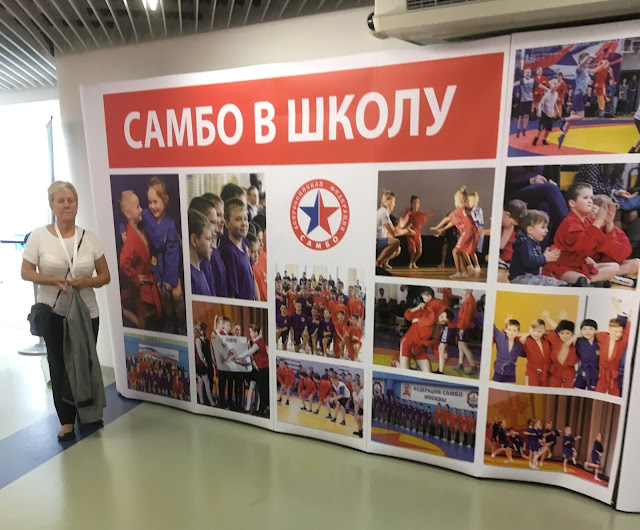 Yet he had fought well something we were all proud off especially as only 4 us attended the World Championships, Myself Martin Clarke BSF President, Valerie Clarke BSF Committee member and Robin Hyslop Scottish President. Modern day British Players always complain that they can not afford it yet I and others have been attending this event since 1985 at their own expense if you want something bad enough you find the money. Interesting the Dutch, Germans and USA team all brought a significant team and they were all self-funding. After speaking to various committee members we will be selecting players later this year for a British Squad. Sport Sambo will be expected to attend the British Open Folkestone plus other events; Combat Sambo will be expected to attend the British Open Scotland and North West Liverpool. In this way players can raise their own sponsorship plus the BSF will continue you to try and raise funds


On a personal note I have always found the Russian people very nice helpful people for example we had a Taxi into Sochi Centre, the wife wanted  a Russian Hat for a friend, it is an experience going in a Russian Taxi driving at a mad speed, speaking on the phone and looking at his tab. Yet when we got to Sochi he insisted on showing us round  the Shopping Centre then drove us to a couple of Markets to look for this hat and accompanied us, now that is what I call service. Speaking to the Russian people you can tell they are very supportive of Putin and cannot understand why he is not invited to GB especially when our government invite dictators from other countries?


With regard Government support, UKSport only fund Olympic Sports and only those that win medals so I am told. So we win Olympic Medals and make Millionaire Olympic Sportsman from Taxpayers money and the UKSport answer is that the Olympics encourage people to do sport? Yet this is not the case read the link   http://www.bbc.co.uk/news/uk-england-36540017. Surely the answer is to spread the money to all sports, which will encourage people from Non Olympic Sports to participate. The time has come to realise that using the Olympics so that Politicians of all parties can brag how good this country is because we win medals needs to stop what they should concentrate on the amount of people participating in sport. Sport is not just about Elite Athletes.


Below are some links you want to look at, I know Robin has taken hundreds of photos so look out for his Facebook

Posted by IBFBCSA at 1:18 pm No comments:

Posted by IBFBCSA at 1:41 pm No comments:

Nigel Farage Lashes out over George Soros collusion with the EU - 14th N...

Posted by IBFBCSA at 1:28 pm No comments:

Nigel Farage Lashes out over George Soros collusion with the EU - 14th N...

Posted by IBFBCSA at 1:28 pm No comments:

Posted by IBFBCSA at 1:26 pm No comments:

Ici Londres: "Brexit: even a worst-case scenario is not so bad"

Posted by IBFBCSA at 1:18 pm No comments: 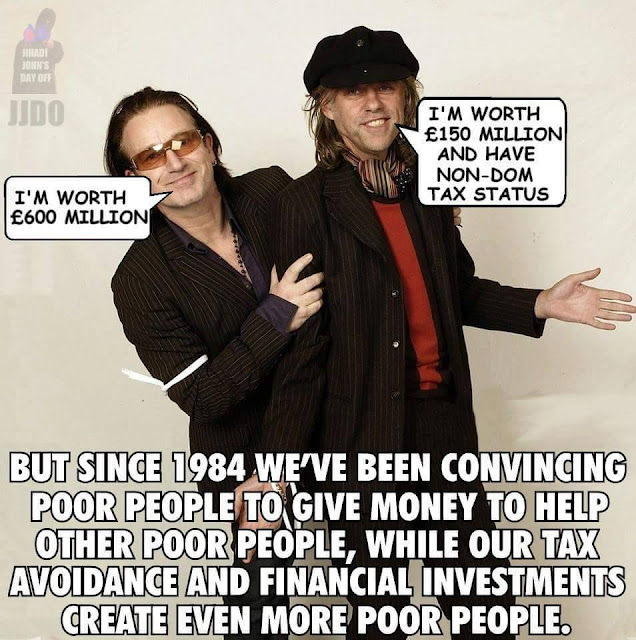 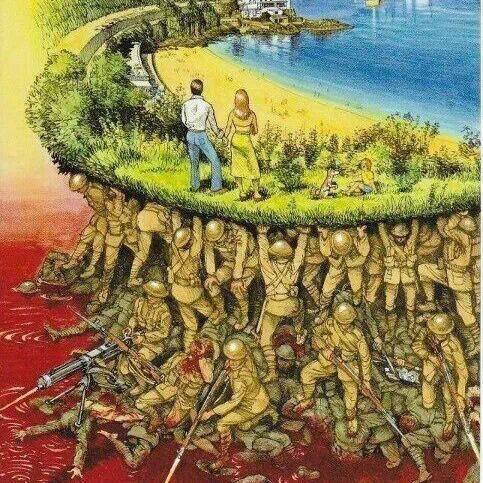 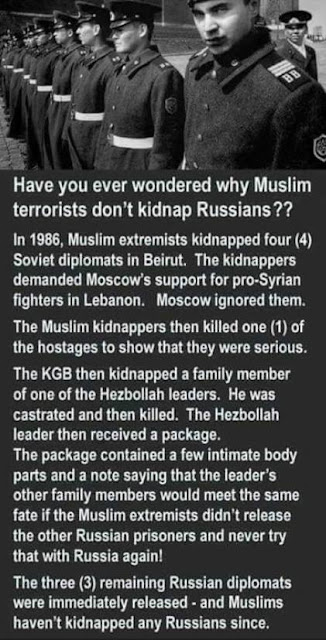 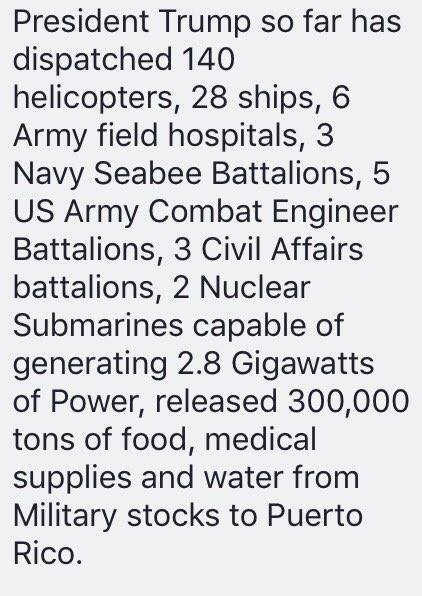 Look at the photo and you can see young people have no idea of the sacrifices of their fore fathers. Labour want 16 year old school kids to have the vote, the same kids who are indoctrinated by Left Wing Teachers. So I wonder who they would vote for? The vote should only be given to people who contribute to society 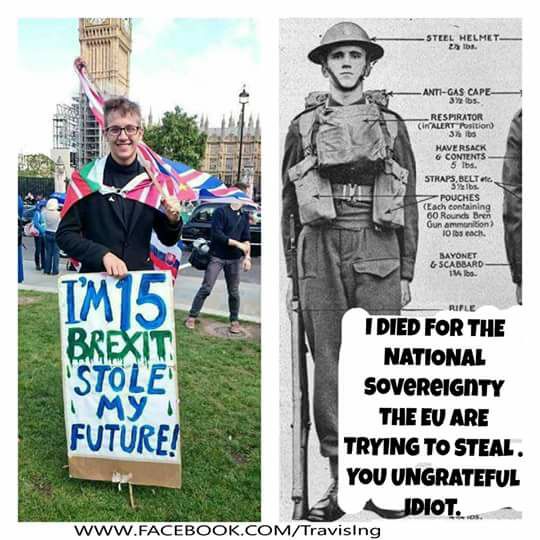 What is happening with Islam

Please take time to open this Link and see what the UN call the Religion of Peace. What I find really disturbing is the Turkish President is Taking Churches and Monasteries and turning them into Mosque. Erdogan is the next Hitler and he was voted in by the people just like Hitler

Posted by IBFBCSA at 1:11 pm No comments:

Katie Hopkins "British Police. Stop performing for the cameras and do yo...

Posted by IBFBCSA at 8:59 am No comments: