Found these on Face Book 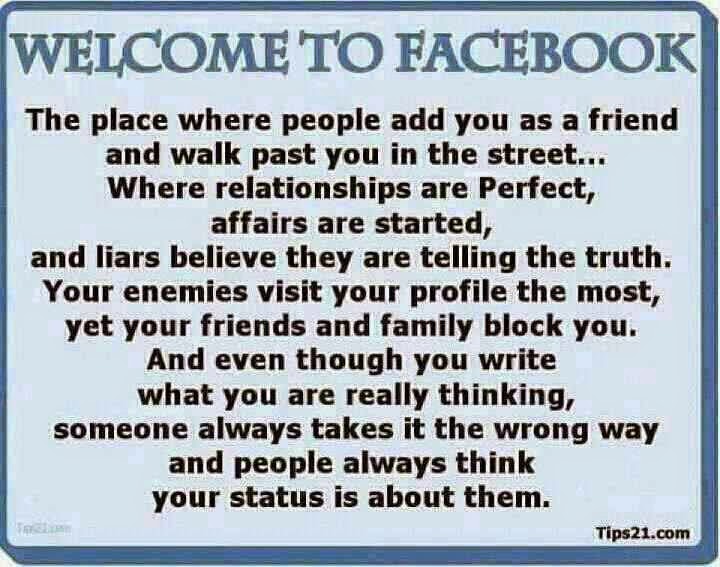 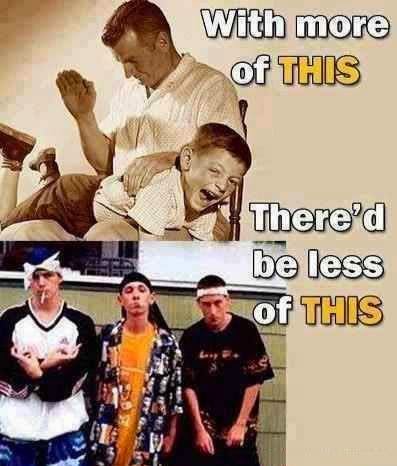 Posted by Unknown at 7:40 pm No comments:

This is a story about another Fat Lazy Women who thinks the state owes her a living. I have copied a response from a reader who says what I feel 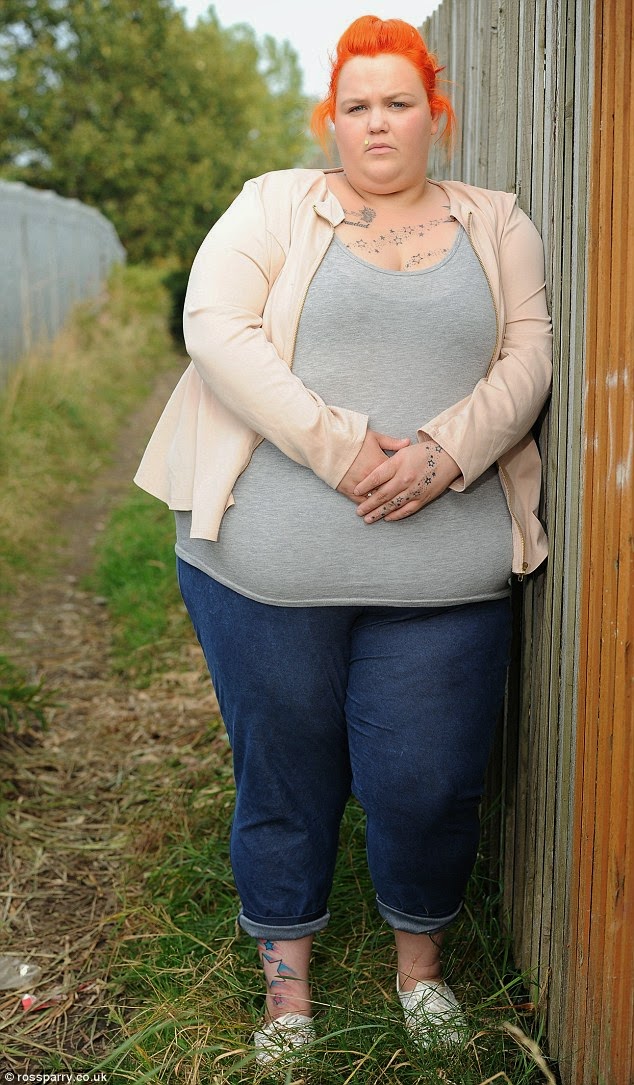 Here to see in all it's glory is the entitlement society who know nothing other than what they expect for free from the state. No money for healthy food but hair dye, tattoos, and piercings are OK. The usual excuses, can't work because she is a carer and thinks everyone else should pick up the tab. Until we reform benefits and re align them to being a handout to help you during hard times as they were originally conceived and not a lifestyle choice then this will never change. Benefits should decrease 10% annually as an incentive to get people to break the cycle of dependancy. I know a lot of people who earn less that 20k and looking at this individual and her demands makes me dislike all benefit recipients. Go and get a job and learn how to cook. It really is that simple. 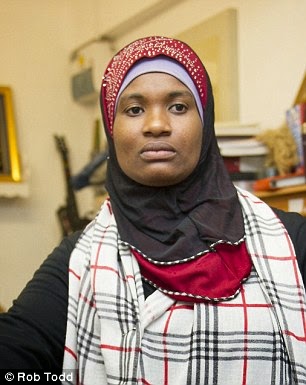 important She is a single mother with Four sons, who live in the Sussex city, are believed to be refugees from Sierra Leone who came to Britain via the Netherlands. So yet again the British Taxpayer has to pay for this sponger who allows her son to become a Terrorists.


Teenage British jihadi 'killed in US airstrikes': 19-year-old from Brighton died in US-led bombing
·       Ibrahim Kamara, known as Khalil al-Brittani, believed dead in airstrike
·       The teenager travelled to strife-hit region to fight for Al Qaeda ally
·       His Brighton-based mother said she was numb and 'confused' at the news

Hotel asylum part II: Now government moves 130 asylum seekers from crowded London hotel to seaside resort
·       Asylum seekers transferred to Grand Burstin Hotel in Folkestone, Kent
·       Home Office moved them after overcrowding at another hotel in London
·       Three-star hotel has sea views and is known for evening entertainment
·       The 550-room coastal hotel has rooms for one costing up to £66-a-night
·       MP insists it's only a temporary move to 'relieve situation' in the capital
·       Residents joke the hotel's name is apt for country 'burstin' at the seams'
·       Hotel website gives room rates for two-week stay of £616 for two sharing
·       Unclear how much HO is spending but 65 of these rooms would cost £

EU will damage Jobs in London

The EU will damage a proportion of the

employment.
The UK’s financial services sector (the City of London), which drives the business services industry, was the most dynamic part of the UK economy. The City remains massively important to the economic well-being of the UK as a whole.Unhappily, the City of London is now in retreat, with excessive and unfriendly EU regulation being largely to blame.


As a result of new EU rules and powers the UK’s position as a world leader in this area is under threat.The European Systemic Risk Council and the European System of Financial Supervisors have the power to close down a British financial institution. The EU has on many occasions extensively interfered in the UK's financial institutions.Click here to read the research online
Posted by Unknown at 10:58 am No comments:

Can You imagine Miliband as Prime Minister?  Well the way things are going he could be. Yet listen to what he says and some times what he doesn’t say,
He wants to put £1.5 billion into the NHS but doesn’t tell where the money Is coming from, He wants 16 years olds to have the vote? Kids who have not left School, contributed nothing to society, not old enough to drink Alcohol, not old enough to go to war I could go on, this is gerrymandering at its worse, He agreed with Scotland having a Referendum after 300 years of unity with the UK but refuses us a referendum on the EU after just 50 years of membership, wants more power to the Scots but refuses to allow the English the same right. He appoints women in charge of Pensioners who did not know the cost of a basic Pension.  GOD HELP US IF HE AND HIS PARTY GET INTO POWER I still remember the mess we were left in after the last LABOUR Government

Bold boasts that don't stand up to scrutiny: JAMES SLACK sorts the claims from reality in Ed Miliband's speech

Posted by Unknown at 8:55 am No comments:

Multiculturalism - Strange family or should I say Queer Family

I want to return to the England when the Majority were of English descent and Christian with a decent set of Morals and standards, things started to change when we got Black People from the West Indies. These people maybe a different colour but their values were very similar to our own they had high morals, were Christian and their schooling was very similar to ours, they may not have been Anglo Saxon but Culturally they were near enough the same. The problem started when people from the Asia Continent started to arrive they were completely different in Religion, Culture etc. many of them like the Hindus and Sikhs integrated with us. It was the Moslem population who refused to accept our culture and tried enforcing their ways on to the True Englishman.

Politicians and the Left Wing liberals brought in the word Multi -Culturalism into our Society. A system that encouraged minorities to produce their own societies at the cost of the English way of life and this has led to Moslem Militants leaving this country to murder other people. There is no excuse these people were born in this Country, taught by people in this country and supported by various Governments and their institutions

To stop this continual growth of this Religion of the middle Ages and bring it into the 21st Century we must insist on the following:

1)  Everyone who lives In this country must be able to read and write English
2)  Government/ Council information etc. must only be in English
3)  They must all swear allegiance to the Queen and this country
4)  All clothing that covers a women’s face must be banned as in France also clothing that subjugate women must be banned
5)  All children must be taught the History of this Country including the part Christianity had in forming the UK
6)  All illegal Immigrants must be treated as someone who has broken the Law and returned to where they came
7)  No benefits to anyone who has not worked here for a Year

They have a good point and the problem is the Benefit System, low wages and long hours.  Cut benefit to those English who refuse to work and if they attend a job deliberately trying to be obstructive so they can go back on the dole, sack and still pay them no benefit. Yet the employers need to put something back, the first is give them a living wage and secondly the idea that someone should be working 12 to 14 hours a day 6 days a week is something from the 19th Century
We have a situation in this country where people are being subsidised by the Government to work?  All this does is give the company and its Share Holders a bigger profit

Talk about a Self-Publicist., Read about this weird family  they certainly are a queer family

It has just cost me £500 Car Tax for my Nissen Diesel Pathfinder. I am told I do not need a big Car well I do as I tow a Twin Axle Caravan plus I am 6ft 2 ins 23 stone man (not a Fat one), believe it or believe it not I have job getting into a Mini.

So the Politicians answers:

Boris says all Diesel Cars should be scrapped and compensation of just £1000 should be given, yet many years ago we were encouraged to buy Diesel because they were more economical?

Labour MP wants to ban Cars altogether and just let politicians have them ? I expect the Greens would agree to this as well

So how long before we are to return to Horses? No cannot have them as the Stomach gases will damage the ozone layer? Stupid idea no more stupid then Meat Free Monday which Paul McCartney and our idiotic Prime Minister want to promote to save the environment

Posted by Unknown at 1:34 pm No comments:

Interesting Comment from the wife the other day "Martin you look quite slim and fit from the back its the front of you that ruins the image" COW!

I very rarely watch the modern day comedians most are crude, continually use bad language and are just not funny. Then you have the lefty political comedians like the idiot Mark Brigstock who tries to promote his politics through satire and he calls it comedy?

Funny how all our Celebs, Professor etc tell us that this is harmless and should be legalised

A new study shows that teenagers who smoke cannabis are 60 per cent less likely to finish school or get a degree, compared with those who never touch it.
Daily users of the drug are also seven times more likely to attempt suicide than non-users.
These important facts could explain several worrying trends in our country. Yet the report was barely mentioned by most media – especially those who relentlessly plug irresponsible and wicked campaigns to destroy what’s left  of our drug laws.
A survey into the past and present drug use of Left-wing media executives might explain this strange reticence.  Time it was done.

Let's say Scotland votes for independence. Let's say in 10 years Russia funds and overthrow of the democratically elected Scottish government and then the new government forges closer ties and tries to join Russia. This is precisely the what the Ukraine and the EU / USA has done. Now tell me, would England send troops to the Scottish border? Yes. Would England fund any rebels fighting against this and who decided it was safer to come back to the UK? Yes. So why do we pretend what Russia is doing is somehow strange or evil? It is not just predictable but entirely sensible from their point of vie

Why is it every TV Programme has to have a Homosexual  story line considering there are only 1.5% who have that inclination or is it just more propaganda by the Pink Mafia and their friends in TV

Hamas admits it DID use schools and hospitals in Gaza Strip as 'human shields' to launch rocket attacks on Israel - but claims it was 'mistake'
·       Official says group had no choice but to launch rockets from civilian areas
·       Ghazi Hamad: safeguards taken to protect civilians but 'we made mistakes'
·       He refuses to accept responsibility for deaths in retaliatory airstrikes

·  Oskar Pawlowichz is fourth man arrested over brutal home invasion
·  Paul Kohler fought four masked attackers off at his home last month
·  Polish nationals forced their way in and demanded money from father
·  Pawlowichz found after Mail on Sunday offered a £5,000 reward for information of his whereabouts

Posted by Unknown at 7:44 pm No comments: