Who still wants to stay in EU? 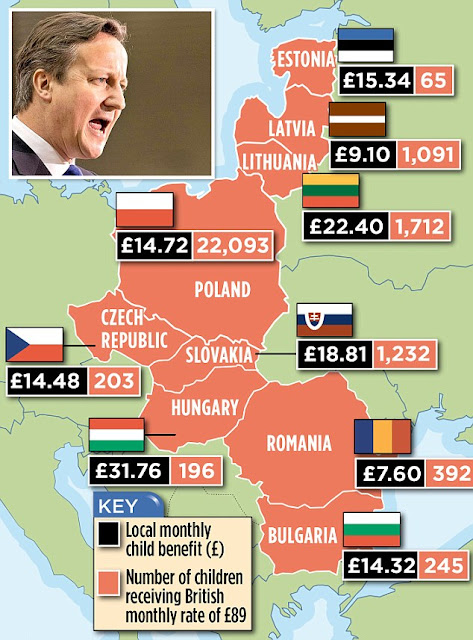 Posted by IBFBCSA at 6:03 pm No comments: 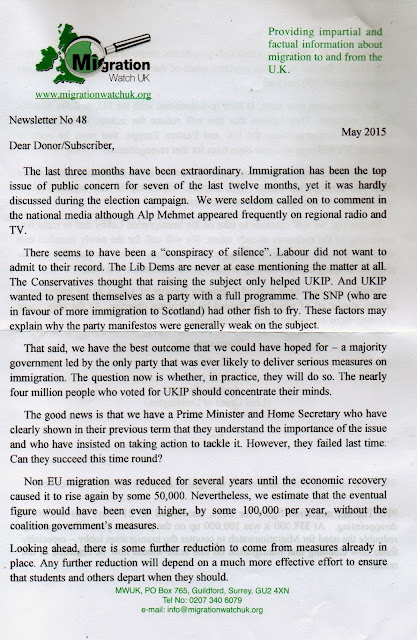 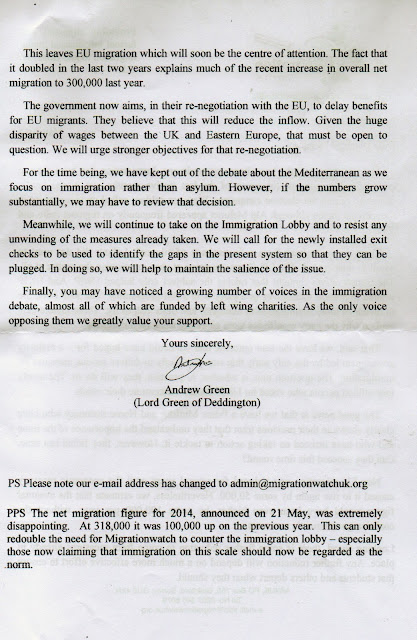 Posted by IBFBCSA at 9:49 am No comments:

There is a lot of talk about the ECHR and about how the Government want to ban Human Rights, which is absolutely ridiculous what they want to do, is to take the Human Rights and pass it into British Judges Hands. Judges who far better qualified then those in Europe, therefore forming a British Convention on Human Rights.

Below is information how these ECHR Judges are elected, the one thing I found interesting is that they do not have to be a qualified Judge  “The Convention requires that judges are of high moral character and to have qualifications suitable for high judicial office, or be a jurisconsult of recognised competence”

(ˌdʒʊərɪsˈkɒnsʌlt)
n
1. (Law) a person qualified to advise on legal matters
2. (Law) a master of jurisprudence
This to me says they do not have to be a qualified  practising Judge, can you imagine that happening in a British Court?

Prior to the adoption of Protocol no.14, judges were elected for a six-year term, with the option of renewal of this term. Now judges are elected for a non-renewable nine year term.[3] The number of full-time judges sitting in the Court is equal to that of the contracting states to the European Convention on Human Rights. The Convention requires that judges are of high moral character and to have qualifications suitable for high judicial office, or be a jurisconsult of recognised competence. Judges are elected by majority vote in the Parliamentary Assembly of the Council of Europe from the three candidates nominated by each contracting state. Judges are elected whenever a sitting judge's term has expired or when a new state accedes to the Covenant. The retiring age of judges is 70, but they may continue to serve as judges until a new judge is elected or until the cases in which they sit have come to an end. The judges perform their duties in an individual capacity and are prohibited from having any institutional or other type of ties with the contracting state on behalf of whom they were elected. To ensure the independence of the Court judges are not allowed to participate in activity that may compromise the Court's independence. A judge cannot hear or decide a case if he has a family or professional relationship with the parties. Judges can only be dismissed from office if the other judges decide, by two-thirds majority, that the judge has ceased to fulfil the required conditions. Judges enjoy, during their term as judges, the privileges and immunities provided for in Article 40 of the Statute of the Council of Europe.[2]
Posted by IBFBCSA at 8:54 am No comments:

Someone on Facebook was condemning the right to buy and suggesting people live on £2.50p a day her is my Reply

nonsense If you live in a Council house or Housing

house, the house has not been lost you are still living there.

or even two houses which can be rented. Can you see the

logic Buy one get one free or this case maybe two. Its a win

house or houses being biult. Where do you get the £2.50p a

day I rent flats those unemployed get full housing benefit of

£470 pcm plus most of their Council and Job seekers

many other benefits like free dental care, free NI etc. Not a

be life choice These tenants manage on that money by

my family got was Child Benefit and I survived frugally but

comfortably
Posted by IBFBCSA at 7:24 pm No comments:

Many of you will have followed my many debate with a Left Wing Feminist. Something I really enjoyed but near the end instead of attacking my arguments she started attacking me and my parents when that happens you know you are winning the argument. This happened on other occasions when I have entered debates with these Left Wing Academics, they all seem so pompous in believing because they are Academics they are superior to ordinary people like you and me.

This intelligent Ladies defriended me on Facebook no surprise their as I could see by her comments she was very angry and frustrated but what did surprise me was the reason she left.

On one of my posts I copied in a photograph BAN THE BURKA, she replied “time I left”. She obviously objected to the comment but why? The Burka is a symbol of the oppression and degradation of women in some parts of the Moslem world, I would have thought that was one subject we would agree on

Those Lefties are a strange and they have got worse since they got a right beating in the election, just proving they out of touch with the people
Posted by IBFBCSA at 8:10 pm No comments:


Once again the Leftwing Luvvies think they know better then then the of us they forget they are ONLY Yes ONLY over paid Actors. As for the SNP they may have got nearly all of Scotlands MP's because of our weird voting system but over 50% in Scotland did vote for them and UKIP with just 1 MP got double the votes they got. They represent at most 2 million people in the UK at most a country which has 65 million

Folly of human rights luvvies: As actors fight plans to axe Human Rights Act, how thousands of foreign convicts use it to stay in Britain
·       Number of foreign offenders on UK’s streets has spiralled to a record high
·       Includes killers, rapists and paedophiles who have avoided deportation
·       Left-wing luvvies lining up to oppose plans to scrap the Human Rights Act
·       Benedict Cumberbatch and Vanessa Redgrave condemn Tory proposals

History will not forgive us if we fudge Europe reform, says Gove: Justice Secretary's warning as Poland threatens to block PM's plans on immigration and welfare

Irish Vote in favour of Gay Marriage came as no surprise especially as the Media gave the NO vote very little coverage. I do not agree with Gay Marriage but the Irish were at least given a vote. I do not really care what happens in the Irish Republic BUT only 37.5% of the Total Population voted Yes, Not quite the success The Gays and secularist would have hoped for and I expect this deficit will cause a lot of animosity between Country and City
Gay marriage is not about equality as it does not give equality to those disgusting Bisexual or religions and other groups who do not believe in Monogamy. Also Civil Partnership is not available to normal sex people
Thankfully Gay Marriage is just a side show and does not affect the way we are governed and those of us who believe in Traditional Marriage will always believe that, teaching our children and grandchildren in its belief. Yet what concerns me is that Gay Activists have disproportionate  influence in TV, Film, Entertainment, Media and now in Parliament. The latter continually bleats on about how it should be representative of the population they were elected for, well they have not achieved that with women and ethnic minorities but with Gays who are just 1.5% of the population they have gone over the top. If their wishes were to be applied their would be 10 Gay MP's yet we have 32? Maybe time has come for those wishing to become MP's be forced not use their sexual preference  to gain votes

February 2015
Your husband or wife had sex with someone else of the opposite sex, and you can no longer bear to live with them.
You can’t give adultery as a reason if you lived with your husband or wife for 6 months after you found out about it.

So if you can hide your infidelity for 6 months you are OK? If you have sex with someone of the same sex outside of your marriage you do not  commit adultery, that is quite an effect on Gays

there is no provision for divorce on the

grounds of non-consummation of a gay

That being the case Consummation for same

sex couples is no longer part of Marriage why

Before you laugh this would be very useful for


Two elderly unmarried sisters who appealed against a ruling by the European Court of Human Rights (ECHR) that they should be liable for inheritance tax when the first of them dies have lost their appeal.
Joyce Burden, 89, and her sister Sybil, 82, of Marlborough, Wiltshire, have lived together for their entire lives and cared for four relatives. They inherited the house they currently share from their father, and have lived there for the last 30 years.
They have made wills expressing their intention that the first of them to die will leave her entire estate to the other sister. However, as matters stood under UK law, on the first death there would be an inheritance tax liability equating to 40% of the value of that sister's share of jointly-owned and other property exceeding £312,000 for the 2008/2009 tax year.
If they were married or able to enter into a civil partnership, there would have been an exemption to paying any inheritance tax on the first death. However, siblings are prevented by law from entering into a civil partnership, and so the surviving sister would have been faced a heavy inheritance bill. The sisters had complained to the ECHR that this effectively amounted to discrimination.


Baroness Deech: If gays can marry, cohabiting sisters should be allowed civil partnerships

ONCE YOU START UNPICKING SOMETHING IT WILL EVENTUALLY UNRAVEL
Posted by IBFBCSA at 8:37 am No comments:

I had the grandchildren this weekend so we took them to Manston RAF History Museum. This was great place to visit and surprisingly the George and Poppy throughly enjoyed. Although this was mainly during the Second World War in the 1940's not a great deal had changed when I was youngster in the 1950's, so this brought back memories of my childhood. A time which was very much what people thought was a traditional England and a time I enjoyed immensely. Below are some photo's 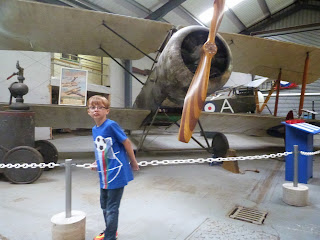 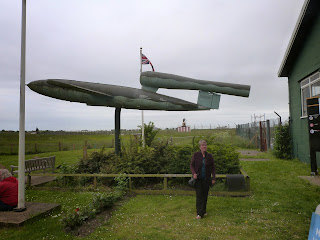 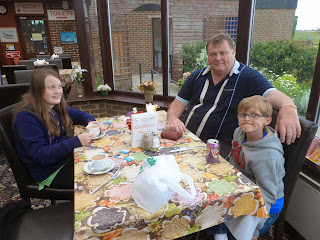 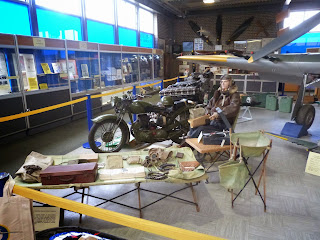 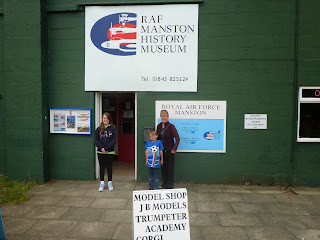 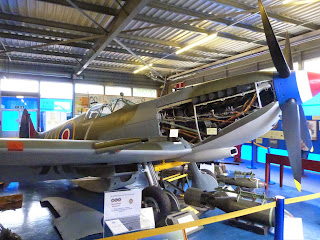 I love this time of year, the greenery still some blossom makes you feel good to be alive 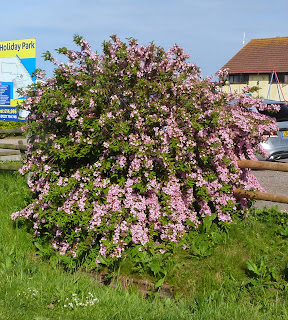 Posted by IBFBCSA at 6:09 pm No comments: