For some years the Political Correctness Zealots and the Secular Movement have been doing there best to try and ban all religious festivals. Some examples changing the name of Christmas to Winter Fest, calling Christmas Trees, Holiday trees etc. Much has been done to destroy Christian virtues and even Christianity itself despite the fact the fact that 70% of the British public said they were Christian. What really raised my spirits was that the Sittingbourne News printed several pages of photographs of different schools throughout the area performing Nativity plays. Plays showing the birth of Christ, I have often wondered if schools ever teach Christianity but when it comes to Primary and Junior schools I was wrong. Thank you Sittingbourne News for uplifting my spirit

True nature of marriage' will be lost to schoolchildren if gay wedding plans go ahead, warn's leading Catholic archbishop
•    Archbishop of Westminster says change would send wrong message
•    Urges followers to write to their MPs to oppose the proposal
•    Remarks are latest attack from senior Catholic on David Cameron's plans

Posted by Unknown at 9:26 am No comments:


The Standard of Police Officer has been declining since they brought in positive discrimination, choosing Police on their sexual orientation, ethnicity and sexual gender rather then selecting the best person for the Job will always lead to a drop in standard. I could not care whether someone is Homosexual, a women or member of a ethnic minority I just want the right person for the Job.

Surely the time has come for every borough to vote for their own Sheriff who will be responsible to the local community rather then have a Chief Constable who wants to get involved in Politics and becoming a social service rather then stick their job of Policing.

As for the discredited Police Commissioner this as the election has proved has NO public support, let us wait and see how much extra money they will cost us

Martin Clarke Sittingbourne
Posted by Unknown at 10:21 am No comments:

The Honours list is becoming a joke, with gongs being handed to gain votes for the next election. Why do Civil Servants get Honours for doing their job a well paid one with a good pension, my Father in Law worked all his life in the Paper Mills he did not get any honour. As for the Olympic Gold medallists getting awards what about the rest of the British Team who worked just as hard and gave up just as much as the Gold Medallist do they not deserve something?
Seems I am not the only one who thinks like this see some of the comments from newspapers

I am sorry ,,, yes these people have worked hard for years and they have already received their awards with Olympic medals etc, they should now work on in what ever sport either directly or as trainers etc then after several more years they may deserve recognition Jo0hn Cherrington Lausanne Suisse

So can I be made a dame the next time I have a good day at work?

Wiggins? The same guy that gave the public the middle finger?

I'm surprised Wiggo is accepting this honour - after the discourteous way he turned his back on the Duchess of Cambridge once he'd grabbed his award for Sports Personality of the Year, I thought he'd be joining the ranks of those who turn them down.

This madness needs to stop. These people choose to spend their lives doing something they love; some win medals, some make millions. End of. Nothing more required.

The Honours system has been debased, particularly with knighthoods. We may no longer be in medieval times but the criteria for awarding knighthoods should be unchanged: OUTSTANDING achievements, loyalty and services to the country. It's now become a farce in too many instances. And why is Coe, already a Knight, being given the very high and exclusive award of Companion of Honour - supposed to be bestowed for services of national importance. What has he done to merit this? Chair the Olympic Committee, for which job he was extremely well paid? And let's not forget the shameful security fiasco.

Comments from The Sun

I just put the bins out, where's my knighthood?

the usual bunch, sportsmen and women who are currently popular, business cronies of the govt, even the bankers who got us in this mess. the honours system is an outdated farce for people who like to maintain britains class system, but it really is a joke to think you get knighted for riding a bike, when thousands get a pittance and no recognition working to save lives in the nhs and fire brigade

Mo can go back to his own country and get his knighthood, as far as I am concerned, he is not British and just another uninvited guest in OUR country

Honours Award List??? WHERE ARE THE NAMES OF THE TRULY GENUINE PEOPLE THAT WE SHOULD BE HONOURING///.THE PEOPLE THAT HAVE EARNED  AND DESERVE RECOGNITION FOR THEIR WORK AND EFFORT IN OUR SOCIETY.?

Obscene when all is said and done. They mean so little now, given out to jelly babies to people who just are not worthy.. Pass, its just so tacky and pathetic. I wouldn't bow to anyone just for a thing round my neck. Danny Boyle had right idea suppose.
workinclasstory2 likes
CBE ...  for Cherie Blair... what has she done apart from make millions out of the HRA.....
This woman had nothing but contempt for our monarch.......................
Time these honours went to the real people in life who keep the cog wheels of the country going!
Getting an honour for essentially Rowing down an obstacle course ?   Running fast ?  Cycling quite quickly ?..  What an absolute joke our country is becoming.

Winning a medal at the Olympics should be enough reward for doing your hobby.  Those in the past who deserved their Knighthoods or other special rewards would be turning in their graves to see how easy these things are now handed out.
these things are like trinkets from a lucky bag these days so I wont go any further in case I offend someone.
I think it's good to see some people honoured for investing a considerable amount of time and effort in achieving their goals and dreams. However, there are quite a few of these where an award appears to have been issued for no real contribution.

Posted by Unknown at 9:13 am No comments:

Doctor Who and Gay Marriage

You may think I am paranoid but years ago subliminally message to advertise products were made illegal. Yet I believe this is still happening today in the making of Drama’s on TV especially with the BBC
I am a Doctor Who fan and have been since it first appeared on TV, for those who watched the Christmas edition you would have seen the Doctor fighting the Snowman with the help for two females from the future. On several occasion the females referred to themselves as being married or would say my wife; the disclosure had nothing to do with the plot so why was it included?  Why was included when there is a massive debate on Gay Marriage?  It portrayed those in the future and those who save the World accepted Gay Marriage as the norm and was acceptable, therefor good.

It may sound ridiculous but this programme has done the same sort of thing in the past and you have to admit it is a very clever way of promoting a particular view by not over emphasising something but just dropping small little remarks to influence a very young audience.

Martin Clarke 118 East Street Sittingbourne ME10 4RX
Posted by Unknown at 10:22 am No comments:

I normally only use Facebook to promote my My combat events but occasionally I do comment on items. What I can not understand is why people have to use swear words most of the time it is F**K. So when this word appeared on Face Book I commented is there any need for this kind of language. which was followed by two comments one was just the word C**T and the other complained that I used the word  To instead TOO.

I can understand when talking a swear word may pop out in the heat of the moment but to actually physically type the word and then present it on Face Book or simular programmes baffles me? Needless to say I unfriended him as I am not prepared to have these people using my site to spread filth
Posted by Unknown at 8:41 pm No comments:

Hi Martin I agree with your sentiments as you can't make the donkey drink water even when you have shown it the water bowl. But I must say politics is something not all are interested in but I agree again they should be. I for one would like you to carry on with your blogs as they are interesting and a lot of the times to the point . So my request is more on carers and there rights to a fair benefits payment plus there rights to work without having to give up there benefits. Plus more on Crime and the UK out of date justice system which is in favour of the criminals with no help or support for the victims . On this same subject the new victims commissioners job has been made part time when the old job was full time. Louise Casey left that job as she offered a job dealing with criminal reform on a full time basis And my last one Europe and its pitfalls and benefits .

Maggie .
Posted by Unknown at 2:16 pm No comments:

We're on our way to Britain: In a year up to 29 million Romanians and Bulgarians will have the right to settle in Britain and claim benefits. And many from the gipsy community can hardly wait to get here
•    Since EU borders were opened up in 2004, 1,114,368 Eastern Europeans have uprooted to live in England
•    And more are set to arrive over the next 12 months, tempted by tolerance and a host of benefits

Britain struck a deal with EU countries to send their criminals home. So how many have gone? NONE
•    Since December 2011 prisoners from within the EU can be forced to serve their sentence in their home country
•    Previous government allowed opt outs for Poland and Ireland, the two countries with the most inmates serving time in Britain
•    Meanwhile 38 prisoners were returned to the UK 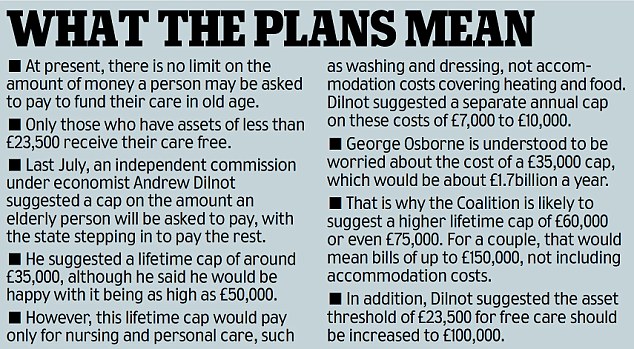 Posted by Unknown at 9:22 am No comments: